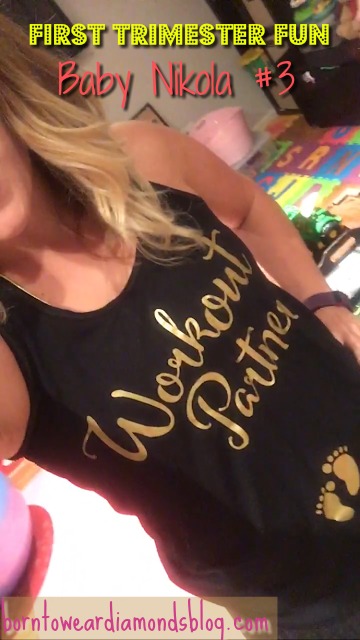 As promised, here is my first trimester post, outlining the good, the bad, and the ugly of the first 12 weeks of pregnancy with Baby Nikola #3…

Let’s go back to Columbus day weekend- it was our final week of camping and by the time we arrived in Lake George on Friday evening, I was so tired and had such killer back pain, I decided to go right to bed (DING DING DING)…
Fast forward to Monday evening, I decided to take a pregnancy test after determining “my friend” should’ve already arrived… Didn’t look at the test until Tuesday morning..
“HOLY *(^*&!!” Were my exact words… #forreal
Fast forward to Tuesday night, I told Andrew while asking him if he liked my new shirt? 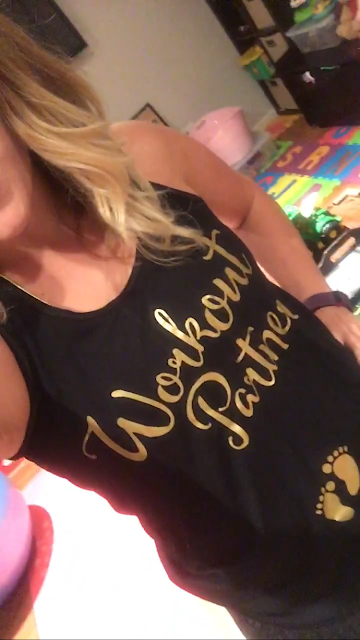 His reaction, “SHUT UP!  Are you really?”
Yup!!
Weeks 5 & 6- I felt pretty good.  I was able to get-up and workout in the morning.  Had slight nausea but nothing crackers couldn’t cure.
Weeks 7 & 8- HOLY BACK PAIN… I suffered from lower back pain with Brayden and going to a chiropractor throughout his pregnancy was such a life saver.  Needless to say, I made an appointment with my chiropractor and am going to him every 3ish weeks! Fatigue definitely started to kick-in, too!
Weeks 9-11- OMGGGG.. SAVE ME…  Nausea went away but this full blown, unsettled and just BLAH feeling took over.  I honestly have a hard time explaining it.. It was worse than nausea.. It’s like you think you should eat, but your body wants carbs, you cave and eat carbs..You don’t feel any better.. Nothing is satisfying..  Cooking.. UGGH… Didn’t feel like cooking, prepping food or eating at dinner time..  I’d feel up to eating when that BLAH feeling would subside which was usually around 8pm… Back Pain.. yup, still there…and throw in some pelvic pressure…The REAL FUN has begun!
Went to my first OB appointment- everything looked great; however, I am considered a “high risk”. This is because my sister’s brain condition, Polymicrogyria, was diagnosed within the last two years (after I had Brayden) so now since there’s an actual “diagnosis” my doctor thought it’d be a good idea to monitor me more closely.  She gave Andrew and I the choice of being considered “high risk” and we decided to go ahead and approve it.  Due date is June 21, 2017; however, I may go earlier as that is my “trend.”  We are NOT finding out the gender of this sweetness! #yesimserious 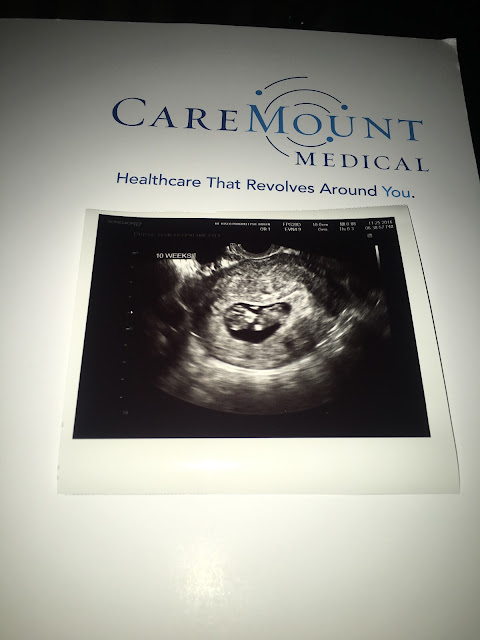 Week 12, Feeling much better!  The BLAH feeling has subsided…I just need to make sure I eat something when I wake up (like within 1/2 hour) and snack throughout the day in-between meals.. Nothing new really..lol..  I can say, my body wants its carbs #sobadbutsogood Seen high risk doctor plus my regular OB- they have no concerns.  The baby is the size of a Tootsie Roll.  I expressed some concerns- Sensitive varicose veins in my upper legs, pelvic pressure, and working out…

Pelvic pressure- I developed an inguinal hernia (you can google it.. I don’t want to get too TMI, here) with Sophia and it acts up while pregnant.  It’s an uncomfortable feeling, but there’s not much that can be done…. #suckitupbuttercup #butithurts
Working out- I struggled for some time with accepting the fact that it was “OK” for me not to workout every day. #fitnesscoachproblems It wasn’t until I read a FB post from another fitness coach, reminding me to listen to my body and give it some slack…After all, I am creating a HUMAN BEING and that takes a lot of work…
Now mix the hernia + working out= major discomfort when exercising using all modification moves.. This is HARD for me to accept… But as I was reminded, I must listen to my body.. So if that means working out one-two times a week.. That’s what I’ll have to do..

Sooo… That’s it in a nutshell. #bringonsecondtrimester

Sophia and Brayden don’t know, yet.  I’m trying to find a creative way to tell them on Christmas but nothing has hit me…yet.. 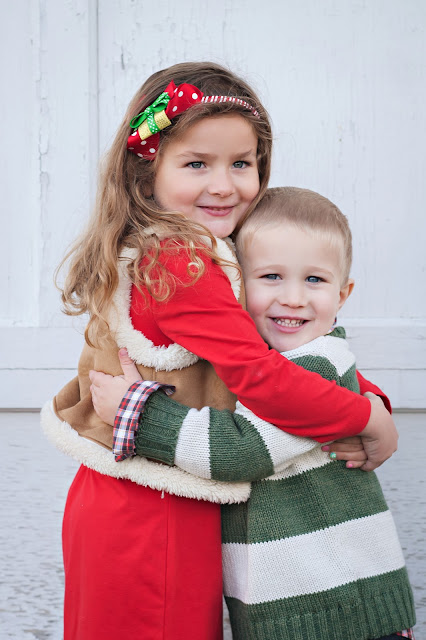 Do you have any suggestions on how we should tell them another clan member will be joining us soon? We are Pretty Great Mommies! Couldn’t help but feel the feels with the beauti

Wait a minute.. You mean to tell me I can sit nex

This weekend was a first. For the last few years

Goosebumps.. Will have a lot of them today knowin

My eyes...my eyes are in some serious pain. Neve

Happy First day of school from our future daycare

My heart is bursting for this boy❤️ He’s ba

As per your request... My latest affordable shopp

“You’ll be amazed at what you attract after yo

Felt a bit of a chill while grilling dinner and gr

Welcoming the weekend with some vanilla ice cream

I felt like paparazzi trying to capture the absolu

Morning Mamas!!!! So, my world has been pretty te

Because how can you not just take a picture with a