Why hello everyone!!  Do you remember me?!   🙂
I need to share with you all a little epiphany I had over the last few days which resulted in the most perfect gift idea for any one-three year old child.
Are you ready?!
A Doctor’s Kit/Bag!!!!! 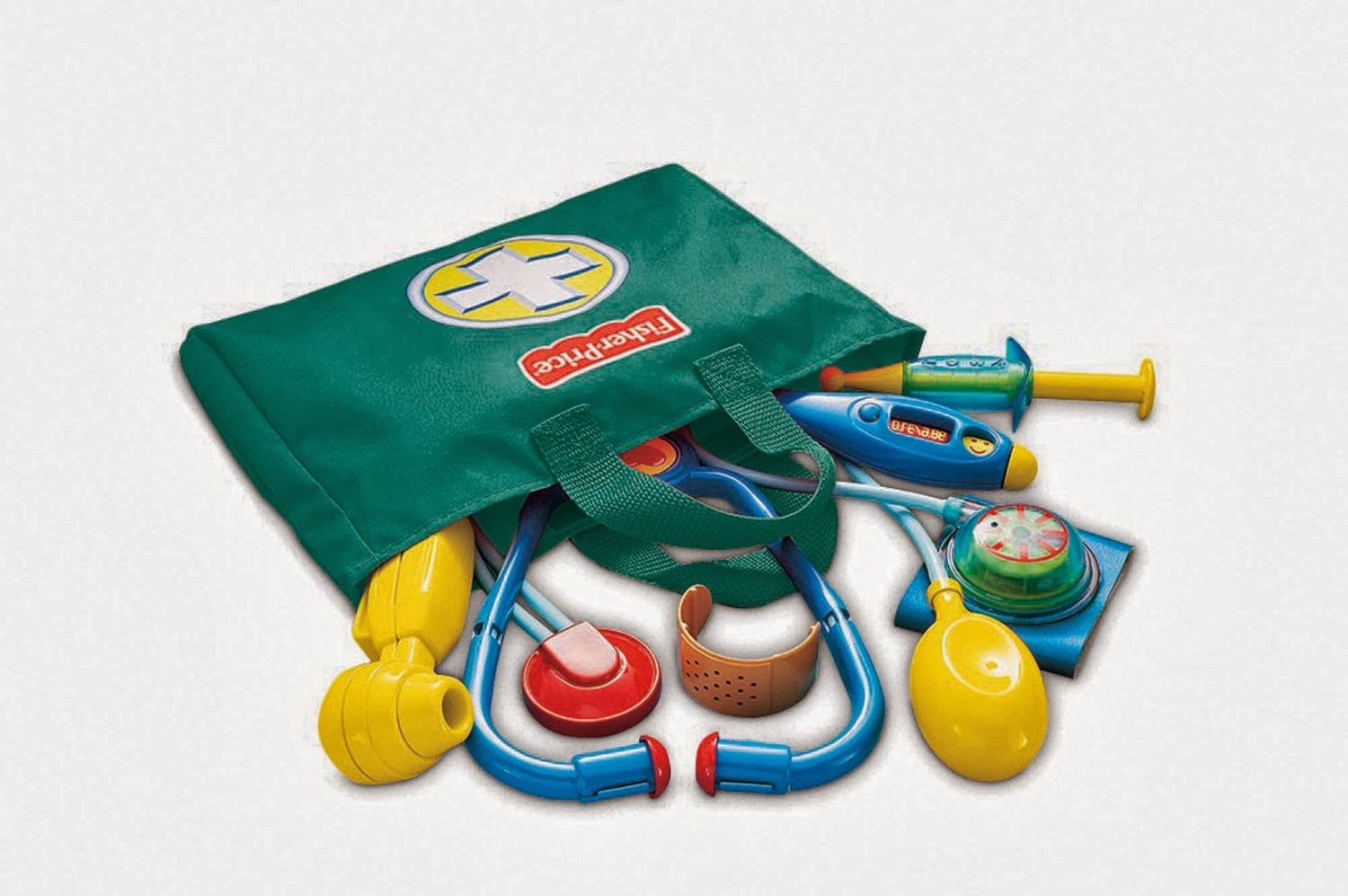 My reasoning?
We took Sophia to her 18 month appointment this week and my lord… the child was not feeling it.  Screaming and crying while being weighed which is soooo not like her.  The nurse said it’s “the age” but she was pulling a total 360 from the last time she was there.
After talking to her doctor, she said it’s not a bad idea to buy her a play doctor’s kit so she can become familiar with some of the tools that are used in the office.   So when it’s time to listen to her heartbeat, she won’t freak out when the stethoscope is touching her chest.  Her doctor also mentioned that the Disney Junior show, Doc McStuffins has “saved her” because the show helps children understand that going to the doctor is a good thing helps relieve the anxiety of seeing a doctor.
As I was taking this all in, I was in awe because
A- She is so right
and
B- A doctor’s bag is a brilliant gift idea!!
So, Sophia will receive a Doctor’s Bag/Kit as a Christmas gift this year and some of her friends will receive one for their upcoming birthdays!!
* If you search on Amazon, there are multiple doctor kits available to purchase, starting at the recommended age of two.
Now isn’t that a perfect gift idea? When sickness hits our Home ⭐️Sharer of all the things to spark joy #sparkle
🌱Skincare enthusiast & mama of three💜💙💙
✨Founder of @_spread_the_sparkle
📍HV, NY

So it’s official... Jameson is in a boot for o

Just incase you need a little reminder- You are

Friday morning reminder to brush those teeth and h

On Wednesday, we Sparkle! That’s right, I’m b

Here’s your reminder to set the tone for the day

It’s Friday 🙌🏻 All the more reason to Spa

This sweet boy broke my heart today. “This brot

It’s been 72 hours since we had our second dose

I have to admit. I love the convenience of virtua

Seconds after receiving dose #2 💉 The Hubs an

Look what I found under my dining room table 👀

Any guesses as to where I fit in here? I’ll giv

It has and it always will be.. You leaving my lit

Living his best life and I’m pretty jealous. I

Woke up to this Super Bowl decor in our bedroom th