Literally, that’s all I’m doing since Sophia decided she’s a “big girl” now.  No more nursing for her!

I can’t begin to tell you what an emotional rollercoaster this was for me.

It started a few days after Christmas; Sophia was pushing me away during her nightly feeding time.  I just figured she wasn’t hungry or maybe her teeth were bothering her, so I put her in her crib and off to sleep she went.

The following morning, same thing!  Pushing me away and now a bit of whining.  Again, I thought maybe her teeth were bothering her, so I made a bottle and she sucked down eight ounces in minutes.

Still, wasn’t thinking anything of it.

As her mid-day feeding time approached, I wondered if she’ll be interested in nursing.  As we made our way to “our chair” in her nursery, it started as soon as I sat down, the pushing and whining.

As this was happening, I started to rack my brain to figure out. “What did I do for her to not want me?”

I did:
Tell her “No!” when she wanted to “take a bite”- Sign # 1
Notice she had to “suck” a bit harder, recently- Sign # 2
Notice although she was intersted in nursing, as soon as she heard anything, she’d look to see what was going on- Sign # 3

Even though I realized the thoughts above, I didn’t think these were “the signs” of her saying, “No thanks, Mommy, I’m a big girl now.”

At this point, I started to freak-out and beat myself up.  I was on the computer for hours Googling for answers.  I came across what is called a “Nursing Strike.”

What is a nursing strike?

A baby who refuses to breastfeed (and is not in the process of being weaned) is said to be on a “nursing strike.” A nursing strike is your baby’s way of telling you that something’s wrong. And it’ll probably take a little detective work to figure out the problem. -BabyCenter.com

What is wrong with my baby?!!?   Tears are now welling up!
I went through all the possible causes: I took her to her pediatrician hoping for an answer.  Although Sophia was perfectly healthy; no ear or throat infection, no teeth making their way in, I still wanted an answer!!!
I called the breastfeeding center at the hospital where I delivered Sophia, Center for Breastfeeding at Vassar Brothers Medical Center.   The lactation consultant confirmed that it sounds like a nursing strike.  She recommended lots of skin-to-skin contact (check), drink from a sippy cup (check), nurse in a room with minimal distractions (check), nurse in a rocking chair (check), nurse when baby is very sleepy or wake up baby to nurse (check), bathe with baby (check), pump like crazy(every 3-4 hours) to get my milk supply up again (check).

Sophia still didn’t want anything to do with me!
I turned to the internet, again, and kept coming across:
“It’s easy to jump to the conclusion that a baby who doesn’t want to nurse is weaning himself. But it’s unlikely that a baby under a year old who has been successfully breastfeeding is ready to give up nursing“- BabyCenter.com

Sophia was just about nine months old when this started… What did I do wrong?  She shouldn’t be ready to wean.. what did I do?
I asked a few of my friends who are/did nursing.  None of them went through a “nursing strike” lasting over a few days.
While talking to a mommy whose daughter goes to daycare with Sophia, she put the bug in my ear, “Yah for Sophia.. She’s weaning herself.. She’s growing up…“ I didn’t even consider this.. I didn’t even know babies could/would wean themselves.  I always had the idea in my head, “Sophia will stop nursing when I’m ready to give it up.”  My, my.. how selfish am I?
I also turned to a mommy group that I follow on Facebook, The Mommy Dash, and asked one of the creators if she could post my situation so I could hear from other mommies; I wanted to know if other babies weaned themselves before the age of one.    She posted it immediately and also informed me she went through the same thing with her daughter at nine months.  She felt “heartbroken.”

Heartbroken?  Yes, I could attest to this.  You could also throw in frustrated, ashamed and embarrassed.  But heartbroken nails it; after nine months of nursing my baby girl and having this “special bond” with her, it suddenly came to a stop.
To my surprise, quite a few mommies replied that their babies did wean themselves before their first birthday.

Maybe I didn’t do anything wrong?
After a frustrating week of being pushed away and on the verge of an emotional break, I decided to head to my OB.  Poor Andrew, he took the brunt of it.  I knew I was a hormonal mess but was it due to this “nursing strike” or was there something else?
As soon as my doctor entered the room, the tears started and they wouldn’t stop!  I kept telling her I’m sorry for being such a mess but all she did was offer me tissues and reassured me all of this was normal.
“She’s growing up…. and daughters have a way with being mean to their mommies sometimes..” I laughed.  She went on to tell me that her three year old daughter just told her yesterday, “Mommy, I don’t like you.”  Poor Dr. R.. She just about had tears in her eyes!
Of course babies don’t know what they are saying/doing at that age, but words and actions certainly leave a mark!
After spending a few minutes talking with her, I began to feel a bit better.  She said my hormones are changing due to Sophia not “needing” as much milk since she’s eating solids (sign # 4). This could continue for “quite a while.”
Quite a while? I certainly hope not. At least for Andrew’s sake 🙂
The next few days I continued to offer Sophia the opportunity to nurse, but she refused.   As time went on, I started to finally accept that my baby girl has reached a milestone and is growing up.  She wants to drink from a bottle so she can be nosey and know what’s going on, just like her mommy.
Sure it’s a bit of an inconvenience for me since I have to resort to pumping every few hours, but it’s something I signed up for when I gave birth to Sophia.  I said I would breastfeed her up to her first birthday… and I’m sticking to it… Less than three months to go!
As I think back throughout this emotional rollercoaster, I learned so much about myself as a breastfeeding mommy and about breastfeeding in general:
Lesson One: It’s not about Me and I did nothing wrong..  I can’t help but think about how selfish I sounded. “I’m not ready for Sophia to stop nursing.”  Silly, silly me!
Lesson Two: Don’t believe everything you read.. This really took its toll on me.  I beat myself up thinking I did something wrong since,
“it is unlikely that a baby under a year old who has been successfully breastfeeding is ready to give up nursing“- BabyCenter.com.
Thank you to all the mommies on The Mommy Dash who shared their responses and to my mommy friends who helped support me through this difficult time.  It was such a relief hearing babies younger than the age of one weaned themselves.
Lesson Three: Don’t get too comfortable.  I have to admit, I am a fan of change but sometimes, it’s a difficult transition.  After nine months, Sophia needed to change things up.. and that she did!
I’m sure after reading this you realized how personal and “heavy” this experience was for me. One of the reasons why I created born.to.wear.diamonds is so I can share my experiences with the hopes other mommies can learn, relate or even find comfort knowing someone else has gone through a similar situation.


Here’s Sophia enjoying her bottle with Jake by her side. 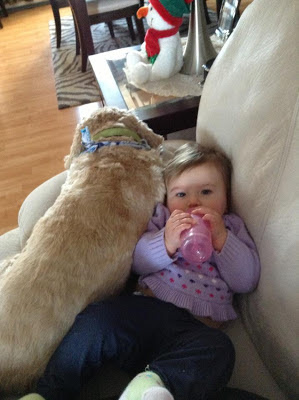 Thanks for reading, feel free to share your thoughts or questions 🙂 Thinking of Starting a Side Hustle? A Roaring Family Fun Attraction You Must Checkout! When sickness hits our Home

⭐️Sharer of all the things to spark joy #sparkle
🌱Skincare enthusiast & mama of three💜💙💙
✨Founder of @_spread_the_sparkle
📍HV, NY

Dinner can wait💙 Here’s your reminder and re

Finally!!! We found the ☀️ this morning and a

Wishing you a Friday full of sunshine, good vibes,

This boy brought tears to my eyes today. Happy t

Feeling the feels this morning as Sophia and Brayd

Shout out to this girl who spotted me $5 from her

I may be a bit biased here... but Baby Yoga may ha

Sunday morning got us like...❤️✨

Little fun fact about The Hubs.. He is your typic

Feel like you need a little pick-me-up? Repeat af

Eight years ago today, and two less children, we m